What do Petra Kvitova, Garbine Muguruza and Elise Mertens have in common? As well as being current top 20-ranked stars, they all won their first WTA titles in Hobart.

Wins over Karolina Pliskova, Kiki Bertens and Ash Barty in 2018 highlighted the powerful Sakkari’s potential. The Greek talent, whose mother Angeliki is a former top-50 player, reached a first WTA final in San Jose in August and shortly after broke into the world’s top 30. The 23-year-old lost in qualifying in her only previous visit to Hobart in 2016 – but with her rapid improvement, expect her to be a title contender this January. 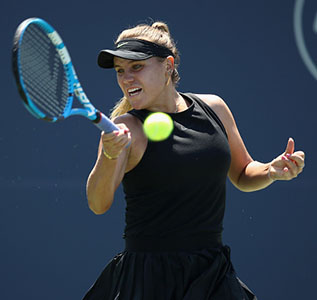 The 20-year-old American soared into the world’s top 100 in 2018, peaking at No.48 in October. Top 20 wins over Daria Kasatkina, Caroline Garcia and Julia Goerges were highlights, as was leading her nation in the Fed Cup final in November. Yet to reach a tour-level final, Kenin is hoping to achieve that milestone in her Hobart debut.

> Check out the Hobart International 2019 field

Success on the secondary ITF Tour propelled the 20-year-old Slovakian to a new career-high ranking of No.54 in 2018. Impressively scored wins over higher-ranked Belarusians Aryna Sabalenka and Aliaksandra Sasnovich in her Fed Cup debut, as well as reaching two WTA-level semifinals. Her best results have been on hard court, so could Hobart be where the debutante makes her title breakthrough? 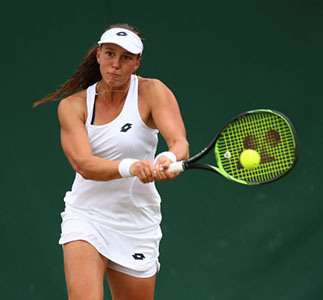 The 20-year-old Belarusian makes her Hobart debut after a career-best 2018 season. The Australian Open 2016 girls’ singles champion broke into the world’s top 100, peaking at No.60 in 2018. A highlight  was a semifinal run in Lugano, where it took three sets for two-time Hobart International champion Elise Mertens to beat her. Promisingly, Lapko made quarterfinals in three of her four final WTA events of the season.

The 24-year-old Tunisian is already a trailblazer, becoming the first North African woman to win a junior Grand Slam singles title at Roland Garros in 2011. Six years later in Paris, she became the first Arab woman to advance to a Grand Slam third round. Jabeur finished 2018 at a career-high ranking of No.60 after upsetting world No.8 Sloane Stephens and No.11 Anastasija Sevastova to reach her first WTA final in October. Jabeur makes her Hobart debut in 2019 targeting a first title.

Get your Hobart International tickets now to cheer on these rising stars this summer.