The top seed took just 68 minutes to defeat the American 6-1 6-1 on the court which has netted her two singles and one doubles title in recent years.

The No.17 was happy with her strong service post-match.

“I played directly, I tried to play some volleys from time to time and I served well, so I’m pretty happy,” Mertens said.

“I’ve got a good feeling on these courts, and I hope I can keep it for many matches here.”

“I love Hobart and love coming back each year,” she said.

“I came through qualifying and won the tournament in 2017, and since then my career has only gone upwards.”

“It’s my second year in the Top 20, which was my dream, and hopefully I can do better in the future.”

Mertens will face Viktoria Kuzmova in the second round after the 21 year-old accounted for Zhu Lin on Monday.

2014 champion and second seed Garbine Muguruza had a strong win over Wang Yafan, with the former No.1 claiming the first set 6-1 before being tested in the second, eventually coming out on top 7-5.

“I was expecting she was going to bring it in the second set and be better, and that’s what happened, but I was ready to face it.”

At her first appearance in Hobart since claiming her maiden title in 2014, the former No.1’s powerful forehand was in full force much to the delight of a strong night session crowd.

No.40 Zhang conceded the first set to Hobart regular Kirsten Flipkens, before lifting to control the match following the break. 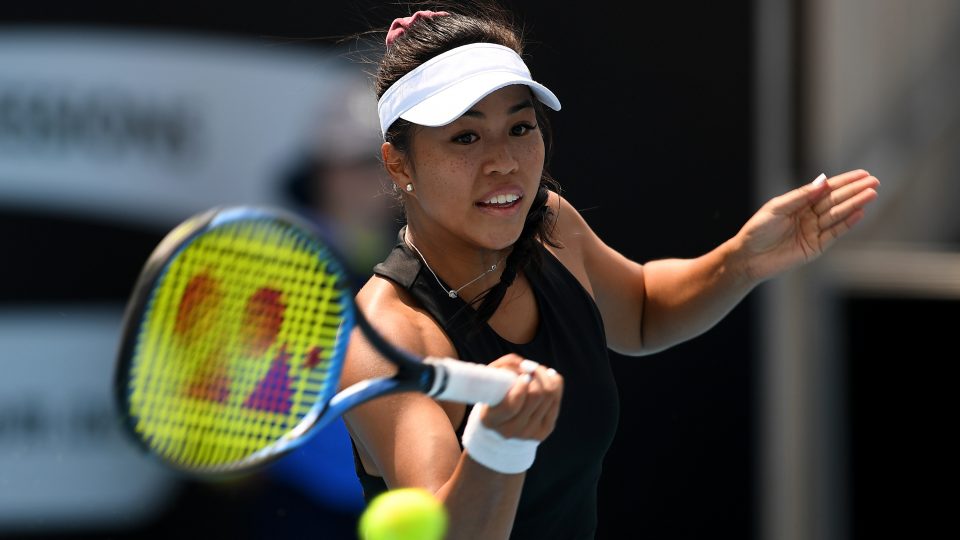 Earlier, Australian wildcard Lizette Cabrera triumphed over eighth seed Caroline Garcia 4-6 6-4 6-2 to open the day’s proceedings, before backing up in the doubles alongside Sam Stosur to defeat Makoto Ninomiya and Renata Voracova in the afternoon.

“I thought mentally I was really strong throughout the whole three sets and I was happy with the way I composed myself.”

In other matches, American Catherine Bellis claimed her first WTA win since returning from 20 months on the sidelines due to injury with a three set victory over Marie Bouzkova, while Ons Jabeur and 2016 champion Alize Cornet also won through to the second round.

2019 doubles champions Latisha Chan and Hao-Ching Chan were eliminated from the doubles draw in a super tie-break by Kateryna Bondarenko and Sharon Fichman.

There were 50 aces served up today, taking the tournament total to 135.

With $100 for every ace being donated to the #Aces4BushfireRelief campaign this summer, it takes our contribution to $8,500.

Tickets for the Hobart International are on sale now via Ticketmaster.

Prices start from $20 for adults and entry is free for children with a paying adult across the entire event, including finals.