Two-time champion and No.17 Elise Mertens has been defeated in stunning fashion by 2015 champion Heather Watson in a three-set epic quarterfinal on Thursday evening.

The match, which was timed at over three and a half hours, saw the Brit end the top seed’s 14-0 run in Hobart since her maiden appearance at the tournament in 2017.

Watson, who won her way through into the main draw via the qualifying rounds, conceded the opening set 6-7 and found herself down 4-2 in the second before winning four straight games to force a decider.

The world No. 101 dug deep to close out the final set 7-5 to claim her first-ever win over Mertens.

“I was really glad I got through that,” a relieved Watson said post-match.

“I thought that it was a big test for me against a top player, one that I’ve never beaten before.”

“I think me just staying there every single point, fighting every point no matter how far down I was in the score, I just wanted to make sure I gave everything I had today, win or lose.” 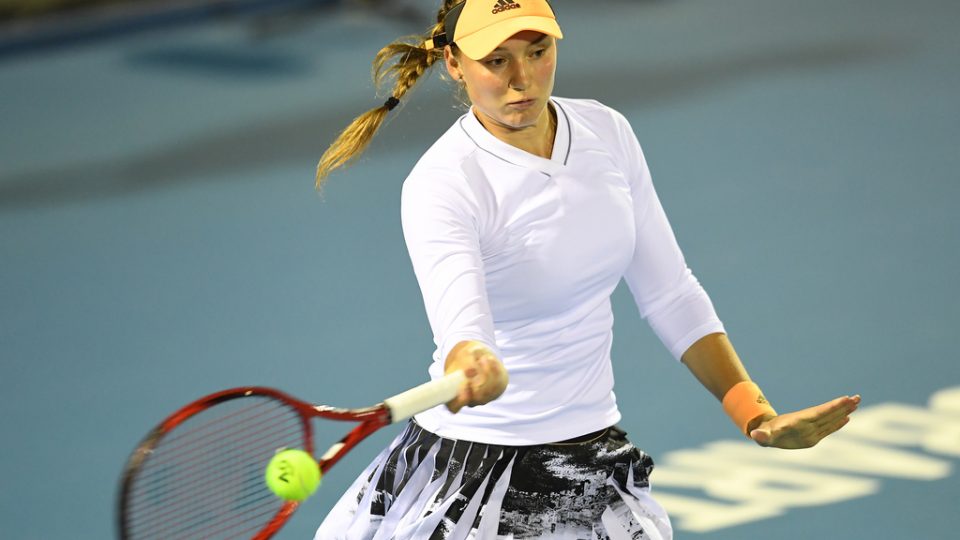 Third seed Elena Rybakina (KAZ) prevailed over Australian wildcard Lizette Cabrera (AUS) in another engaging battle to book a meeting with Watson in Friday’s semifinal for the first time.

The world No.30, who made the final in Shenzhen earlier this month, lost the first set in a tie-break to Cabrera before claiming the second, again decided in a tie-break.

Both players traded aggressive groundstrokes, with Cabrera’s backhand providing as many highlights as Rybakina’s trademark forehand.

In the end the wildcard fell agonizingly short of a semifinal position, with Rybakina closing out a close final set 7-5.

“I’m obviously really disappointed as I thought I had a lot of opportunities in the match,” Cabrera said.

“The crowd was awesome, they really helped me in moments when I needed it.”

“I’ve played a lot of matches here and got in a lot of court time, so I’m feeling really confident going into AO (the Australian Open).”

Rybakina was pleased with how she continued to play an attacking brand throughout the match against the Australian despite the closeness of the contest.

“I played aggressive and I tried to come forward,” she said.

“If my serve is going well it’s much easier for me to play points; this is the key to my game.”

Former world doubles No.1 Sania Mirza’s return to the tour continued to go to plan as she and new doubles partner Nadiia Kichenok downed American duo Vania King and Christina McHale to move into the semifinals.

Hobart International is proudly supporting the #Aces4BushfireRelief campaign this summer, donating $100 for every ace hit throughout the tournament.

Tickets for the Hobart International are on sale now via Ticketmaster.

Prices start from $20 for adults and entry is free for children with a paying adult across the entire event, including finals.